This isn't a specific project, but a collection of related work. Much of this work is inspired by the marine and rain forest habitat I live in. This theme also carries deep into my writing, and I've done a few performances, sound and video installations on it, as well as some sculptural and including sea water.

Seal Dance
First a performance done in Vancouver, then a series of digital and intaglio prints. 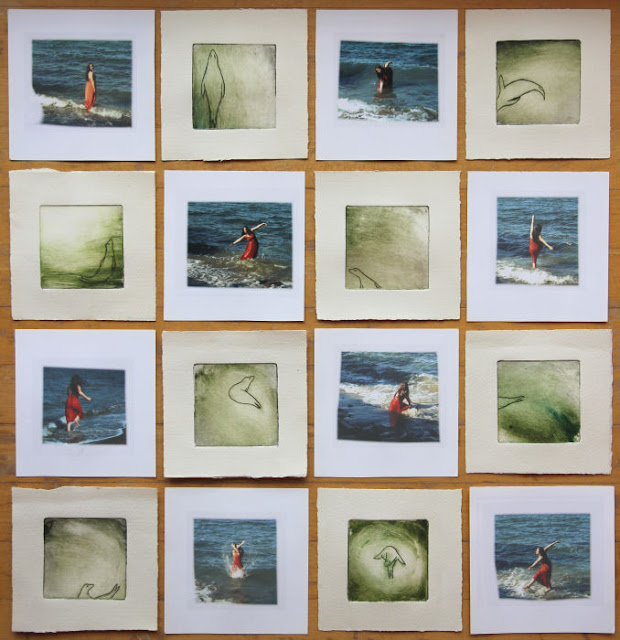 Monoprints
Seals and kelp. These are double-sided, tactile (smooth) prints. 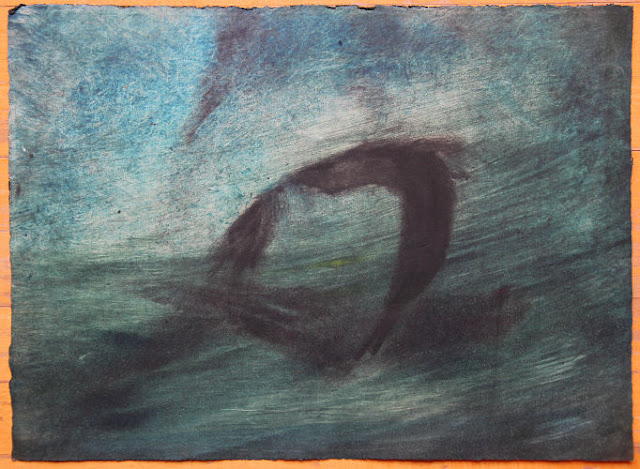 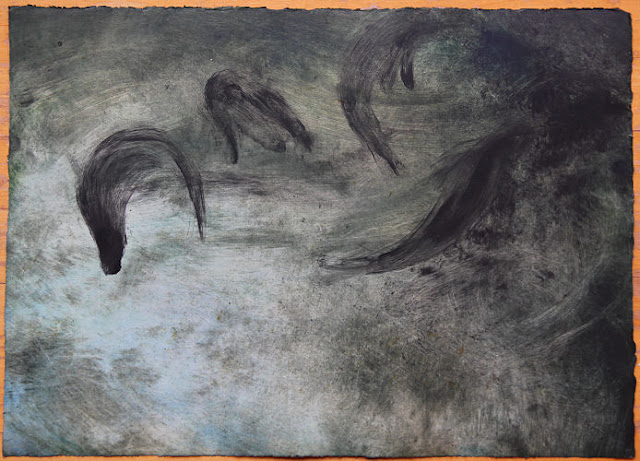 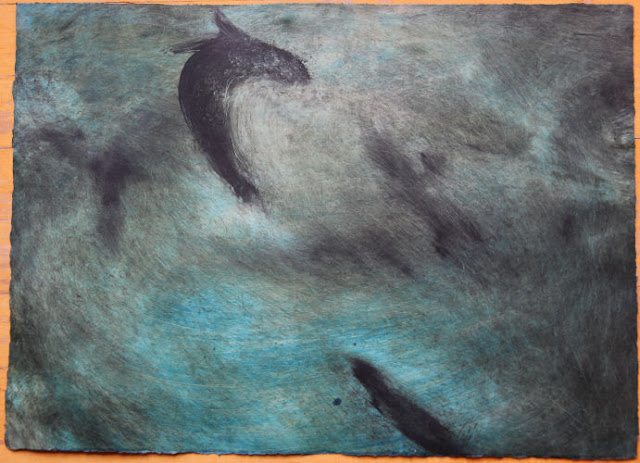 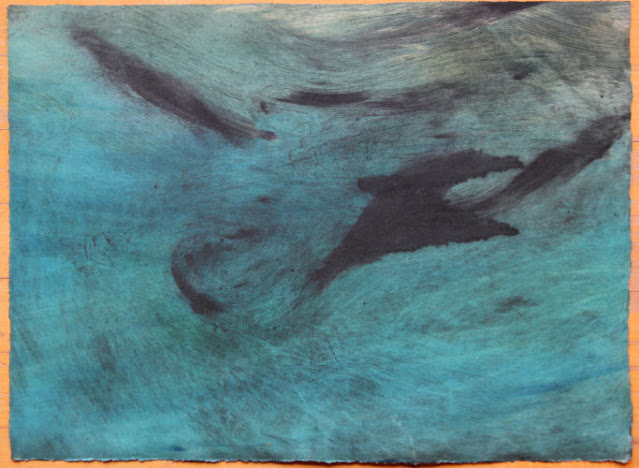 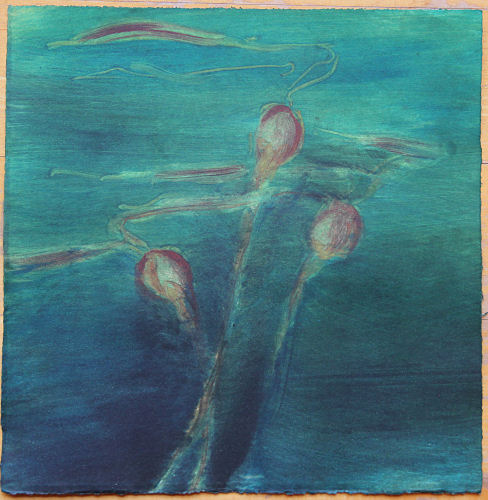 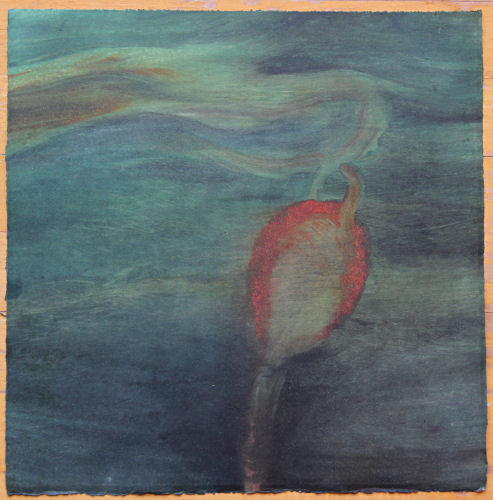 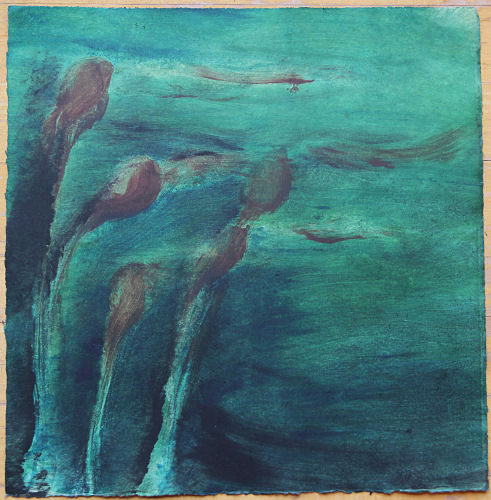 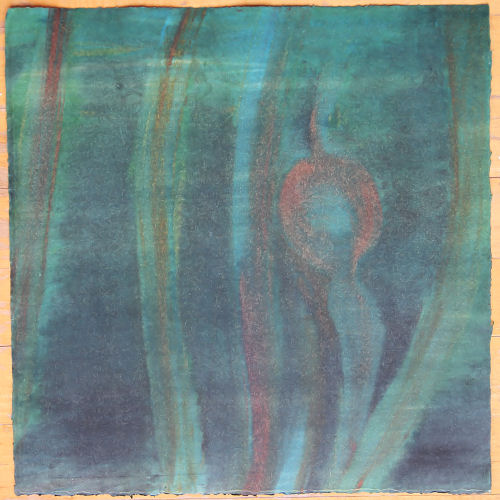 First Flight
Published in One Cool Word magazine, 2007.
These are stills from a performance, which were then exhibited at the Silk Purse Gallery in West Vancouver, as part of an installation with the wings. The wings are constructed of goose and gull feathers, on an articulated bone-like structure of bamboo. They are sized to fit an average man's shoulders, and to extend with his own arms. The installation is of a typical coat-rack, with keys and wallet dropped on a small table, and the wings hanging among the coats on the rack. Out of the wallet a tattered envelope has fallen, containing a series of photos of the owner of the wings taking his first flight. 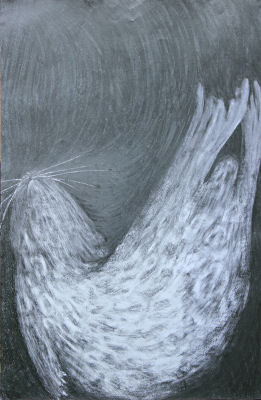 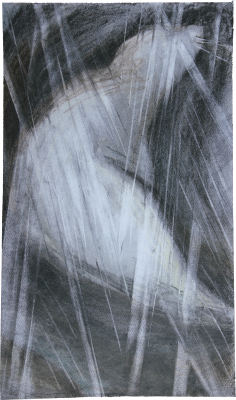 Army Blanket Seals
Made of reclaimed woollen army blankets, they can be picked up and scattered on the floor similarly to throw-rugs. 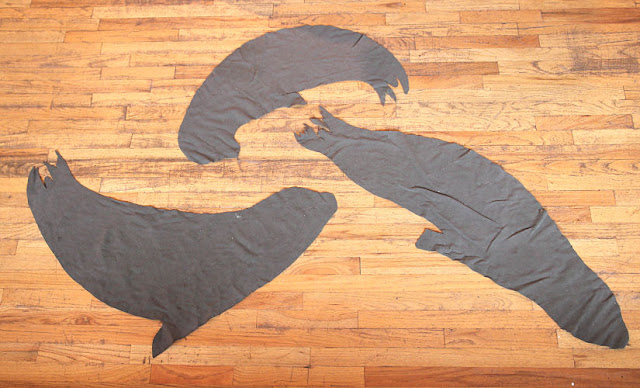 After you submit your comment, it will be sent for approval, which may take up to a day or two. After it's approved, it will appear on the site. Thank you for your thoughts!